Owner/Director
Shannon began her dance training in Santa Maria under the instruction of Thelma Cline and Nancy Ann Dance Studio. After numerous years on stage she became eager to explore as many ways possible to perform. As a child she would put on neighborhood musicals and spent most of her school years singing, writing, playing guitar, and choreographing. Shannon was very involved in her high school Advanced Choir and became the lead singer in a rock band her senior year of high school. She got back to her dance roots in college and began auditioning for as many shows as she could. Shannon performed with Pacific Light Opera Theater and Chameleon Productions spending as much time behind the scenes as on the stage. Soon enough she was assistant directing, building sets, costuming, and choreographing. Shannon was the original choreographer for P.L.O.T.’s children’s troupe, The Rising Stars. She went on to work a summer with The Great American Melodrama, Assistant Directed and choreographed for Chameleon Productions, and began teaching at The Studio of Performing Arts then owned by Zellda Markham. She always felt a connection to The Studio and knew that it had special potential. Although she had big dreams of Broadway, she decided to settle down in Arroyo Grande and help others create, enhance, and fulfill their dreams of the stage what ever that might be. Shannon bought The Studio from Zellda in 2000 and has produced many productions such as Cats, A Chorus Line, Jesus Christ Superstar, and many many more. She is the director and choreographer for The Studio’s company dancers as well as several other groups, and has placed first, second, and third in several dance competitions for her choreography. She is the lead singer in the Classic Rock Band Midlife Crisis.  Shannon is married and has three children. Her entire family is involved in The Studio and she looks forward to watching them all grow up here and dedicates her life to making the most of The Studio of Performing Arts is an essential to every dancer. I have traveled nationally competing and performing and look forward to a new dance family at
​The Studio Of Performing Arts. ​ 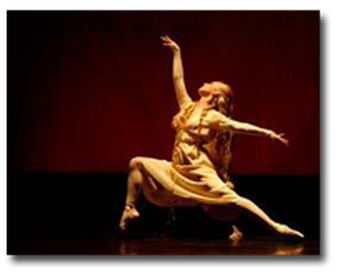 Ballet/Jazz/Tumbling/Modern/​Musician
Nataly has been studying and performing in the arts her entire life time. Taking her first gymnastics class at only the age of 2, she quickly learned she loved to be on stage! She grew up studying, performing and competing in multiple dance and music classes all along the coast of California but her fondest memories are performing for the SOPA as a teenager. The arts quickly became her ultimate love and joy in life. Graduating High-School in 2003 Nataly was honored to receive THE AMBER CARTER MEMORIAL DANCE Scholarship. She was even more excited to receive it once again the following year as a continued scholarship to keep studying dance in College. In 2006 she graduated Allan Hancock College with a Certificate in DANCE. Studying Ballet, Jazz, Modern, Tap, Hip-Hop, Break-Dancing, Gymnastics/Acrobatics, Yoga, Pilates, Culture Dancing including African & Asian Dancing, Dance History & breaking down music and rhythm for dancers, plus many many more! Nataly is also a professional working musician playing for the record label "Harvest Road Music" working with platinum award winning producers Randy Rigby & Scott Nickoley. She released her first solo full -length CD in 2010. Nataly is a native Californian who adores the ocean and surfing as well but in the past years she has moved around quite a bit playing music and performing in Portland, Oregon & Denver, Colorado & even Alaska. She has taught and choreographed for 12 years now at many schools, colleges, dance companies & theatre programs. She is extremely excited to be teaching once again at her favorite studio to dance in when growing up, The Studio of Performing Arts. 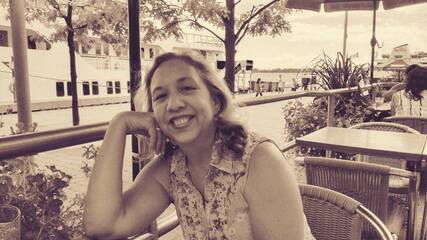 Ballet/Pointe/Tap/Jazz
Carrie is super excited to be back home at SOPA.  Dancing her entire life studying ballet, tap and jazz with a little singing on the side has been a way of life. She became a member of a regional ballet company at 15 and was a principal dancer for 5 years. Tap was never far behind and remains her second favorite still today. She began teaching at the age of 16 and hasn't stopped. Many of her students have gone on to pursue professional careers in the arts to include programs with Pennsylvania Ballet, Boston Ballet, American Ballet Theater, Alvin Ailey, Disney and others. Her teachers played an important role in her life and Carrie hopes to do the same by helping SOPA students achieve their goals and dreams. Over the years she has taught for several dance studios as well as Cal Poly. SOPA was Carrie's home for 10 years, before moving to Solvang for 6. She is looking forward to working with Shannon and the team and all aspects of the studio again. SOPA has the biggest heart and soul of any studio she has worked for not to mention the commitment to train and develop well rounded performers. What's the hardest part of dance? "Making it look easy!" but it's great fun getting there.

Ballet/Jazz/Pilates/Pointe
Randyn’s love of dance began at our very own Studio of Performing Arts.  She was blessed with the opportunity to perform throughout the state competitively up into her adulthood winning numerous titles and awards. Randyn was the recipient of the highest awarded Central California Arts Scholarship in 2004 for her solo work. Randyn graduated from California State University, Long Beach with a bachelor’s degree in Dance where she had the privilege of performing Lifeline under the late Susan McLain and Current at Dance Under the Stars in Palm Springs with Lorin Johnson.
For the past 15 years Randyn has been a choreographer for dance studios, competition and college dance teams both locally and throughout southern California. Upon graduation Randyn received her comprehensive certification in Pilates through Body Arts and Science International with specialization in dance. After college Randyn had the opportunity to dance professionally with Inked Dance Co and Nickerson-Rossi Dance and was an annual guest artist in San Pedro City Ballet's production of The Nutcracker. In more recent times, Randyn had the opportunity to choreograph and present her dancers for National Dance Day produced by the Dizzy Feet Foundation founded by Nygel Lythgoe of So You Think You Can Dance. Through her outreach work with DancEd Steps Up, founded by Cindy Bradley of San Pedro City Ballet, Randyn’s after school students were chosen to perform at the Celebrate Dance Gala to raise money for the continuation of arts programs throughout southern California elementary schools. Randyn choreographed and assisted in the street naming of Misty Copeland Square in San Pedro, Ca and was the recital director for San Pedro Ballet School.  With her well rounded experience and knowledge of human anatomy she hopes to challenge her students to rise to their fullest potential through proper technique, hard work, and their love of dance and exercise. 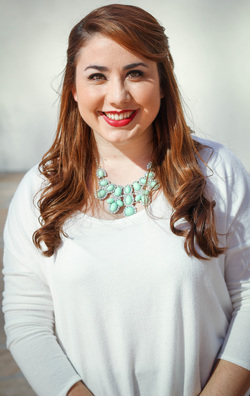 Tap/HipHop
​Marisol Wilson is a proud alumni of the Studio of Performing Arts and is so ecstatic to be back as a part of the wonderful staff. She was apart of the performance teams for ten years before she went on to study at the University of California, Irvine where she earned her degree in Psychology and Social Behavior. During her time at UCI she danced with a well known exhibition hip hop team, Modern Completely Insane Anteaters (MCIA), for three years. MCIA allowed for her love of hip hop to grow as well as allowing her choreography skills to thrive. She spent her last year with MCIA as their coordinator and can’t thank them enough for the invaluable dance experience and leadership skills they helped her gain. Her last year living in Southern California she danced with Team Millennia, a major competitive hip hop team based in Anaheim. Team Millennia allowed her to improve her technique and performance skills immensely. She is so honored to have been a part of Team Millennia’s season 22 that earned 1st place at Fusion and 2nd place at Ultimate Brawl, both well respected collegiate hip hop dance competitions. Team Millennia inspired her to continue dancing and is under amazing leadership that she hopes to model in her classes. She hopes to spark a love of dance in her students, help them reach their potential and lastly, she’s just very happy to be home at the Studio of Performing Arts. 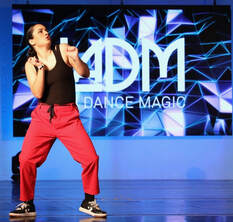 HipHop/Combo
​  Maya Lowrie , daughter of owner Shannon Lowrie is a Sr, at Arroyo Grande High School and also in     the dance Company there. She is also a member of the Sr. Company, Syncopators and Hip Hop   Squad at SOPA. Maya will be co-choreographer for SOPA;s jr. Squad and hopes to become a   professional choreographer one day. She has won top awards for her dancing and choreography in   several regional competitions already and is well on her way! She strives to share her love of music   and dance any way she can. 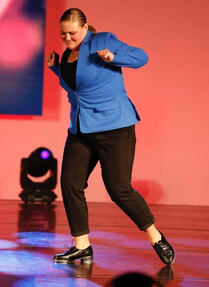 Intro to dance, Tap
Carlie Paskett is 17 years old and has been dancing since she was 3 years old! She joined SOPA back in 2014 and has been with us for 7 years this year! She’s now a senior at Orcutt Academy High School and is part of ASB as a board member. Carlie’s love for dance has never wavered. Even though she loves all genres of dance, her passion lies with Tap! She is a member of Senior Company, Syncos and Senior Squad. She hopes to continue dancing as long as she can!  --